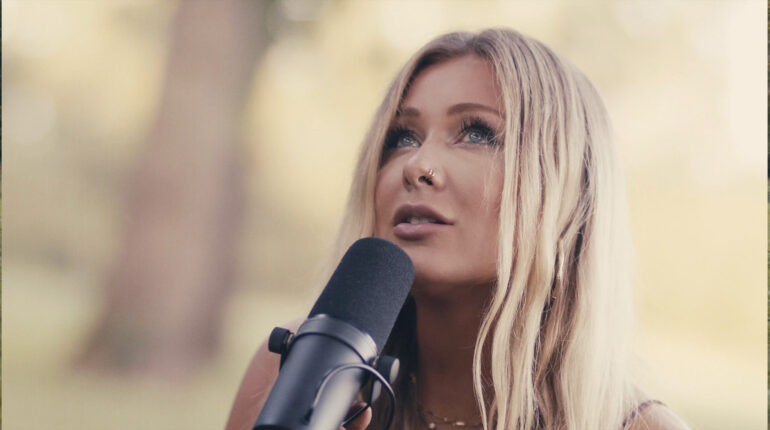 A video for the acoustic ​version of Madeline’s song “If You Never Broke My Heart” was released to YouTube last week. The video was directed by ​Brian K. Vaughan of Lonely Tree Media and shot at Frankum Farms in Kingston Springs, TN.  This more intimate and raw version of the tune is also available on all streaming services.

As an artist, Vancouver-native Madeline Merlo personifies her coastal upbringing – and nothing states that case stronger than the laid back, seemingly effortless feel to her sound. With fresh, fun and, occasionally, quirky melodies, and an unmatched depth in both vocals and lyrical storytelling, her music bridges the perfect pop-country gap.

“I want people to have fun when they listen to my music… But I also want to be able to say something at the same time.” The starlet has already seen an impressive career, releasing a series of successful singles to Canadian country radio –  including debut “Sinking Like A Stone,” “War Paint,” “Whatcha Wanna Do About It,” “Neon Love,” and her most recent country radio Top 10 “Dear Me.”

On April 13, Merlo appeared on hit NBC show Songland, where her song “Champagne Night” was chosen by 7-time GRAMMY® Award-winning group Lady A. The trio released the “summertime anthem” (Country Now) digitally the next day, making it the singer-songwriter’s first cut. On the heels of the win, Merlo released a trio of singles, including “If You Never Broke My Heart,” “It Didn’t,” and the current single “Kiss, Kiss” (4/24). On the road, the CCMA Rising Star Award-winner has shared the stage with country greats Keith Urban, Willie Nelson, Paul Brandt, Dean Brody and Tim Hicks.