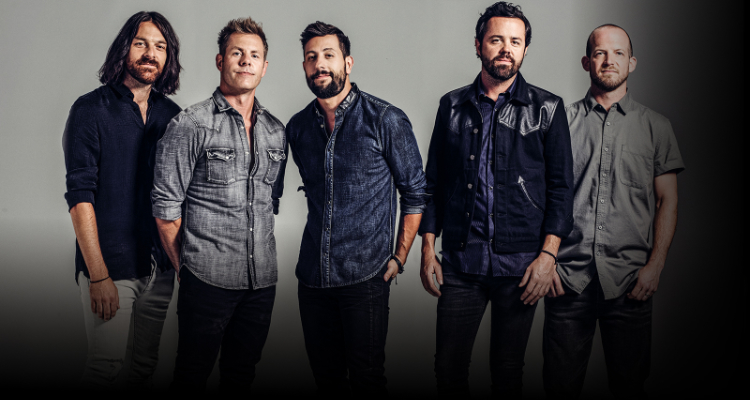 Before reaching critical and commercial success with their first full length studio album “Meat and Candy”, Old Dominion had opened for the likes of Alabama, Jake Owen, and Chase Rice. The members of the band all have incredibly strong songwriting abilities with credits on many hit country records.

This past year, Old Dominion released their sophomore album “Happy Endings” which peaked at #1 on the US Country Chart and produced two hit singles, “No Such Thing As A Broken Heart” and “Written In The Sand” (which hit #1 on the Canadian country charts).

We had the opportunity to talk with Matthew Ramsey of Old Dominion about the upcoming tour, some of his inspirations, and a few of his favourite things. Check it out below!

TC: What are you most looking forward to about touring in Canada on the Happy Endings Tour?

Matthew: Not the weather (laughs). We’re just excited that it’s the beginning of a world tour for us. Headlining and the fact that we get to play our music all over the world…is pretty special. We’ve been rehearsing for a week, building a new show so we’re excited to get out and test it out to see how people feel about it.

TC: What’s the strangest thing you or any other members of the group can’t go without on tour?

Matthew: Let’s see here. We’re pretty simple really (laughs). I guess I’m picky about the coffee we get. That’s definitely on the rider, that we need local or some sort of boutique brewed coffee. Roasted coffee. Not just Starbucks or whatever comes from the store. We want some good, real, coffee.

TC: Are you guys pranksters on tour?

TC: What inspired “Written In The Sand”?

Matthew: I had written down that thought in my phone, that line “stars in the sand”, and it’s just that’s the place that I feel like a lot of people get to in their relationship, where you’re forced to define it in some way or else it’s going to go one way or another. And it seems like everyone has been through that at some point. Are we going to be this thing forever, or is this just for now? It can be a great discussion and it can be a heartbreaking one. I was thinking about that whole idea so I wrote that phrase down and brought it to the writing session and everybody seemed to like it.

Favourite thing about Canada – The fans. The people that show up and sing our music. They’re a rabid bunch of people up there!

Make sure to catch Old Dominion as they embark on their Happy Endings World Tour with Cold Creek County & The Washboard Union with 9 stops in Canada! Get your tickets at Old Dominion’s official website.