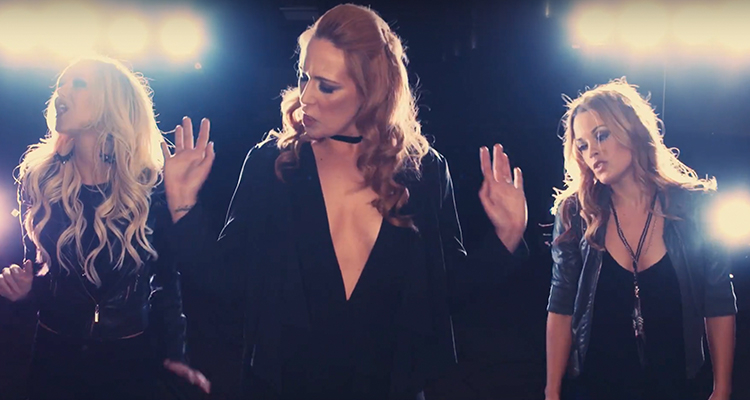 To say Runaway Angel’s new video for ‘Easy’ is powerful, is an understatement. Runaway Angel dug deep with their new video that shows the events leading up to a woman leaving her abusive husband. Their new single ‘Easy’ demonstrates how leaving someone can be easier than holding onto a toxic relationship or a relationship that’s just not working.

“We are extremely proud of this video and the message that it carries.
If you are in need of help, there IS a way out. You are not alone. Some resources include: http://www.thehotline.org, www.dawncanada.net, and www.domesticabuseservices.ca”

In the Spring of 2016, Runaway Angel released their first record ‘No End in Sight’. The album debuted at #5 on the iTunes Canadian Country Charts and spawned Four commercially released singles and music videos (ʼRun Angel Runʼ, ʻMy Somedayʼ, ʻJuneʼ and ‘Easy’).  In support of their album, the girls completed their first Cross-Canada Radio and Promotional Tour making stops on Major Television appearances like CTV Morning Live, The Global Morning Show and E-talk.

Recently highlighted by The Toronto Star as one of 6 Country Bands on the verge of breaking through, Runaway Angel was a 4 time 2016 CMAO Nominee, as well as a 2016 Canadian Country Music Association Discovery Award Nominee, which provided multiple mentorship and showcase opportunities, including one at this yearʼs Canadian Country Music Week Festivities.

They are currently completing their FACTOR supported sophomore record and have just launched an exclusive Fan App allowing them to do more of what they love- connect with fans on a deeper level!

2017 marks the release of their Sophomore Record, a European tour and many more adventures to be chased. Run Angel Run!