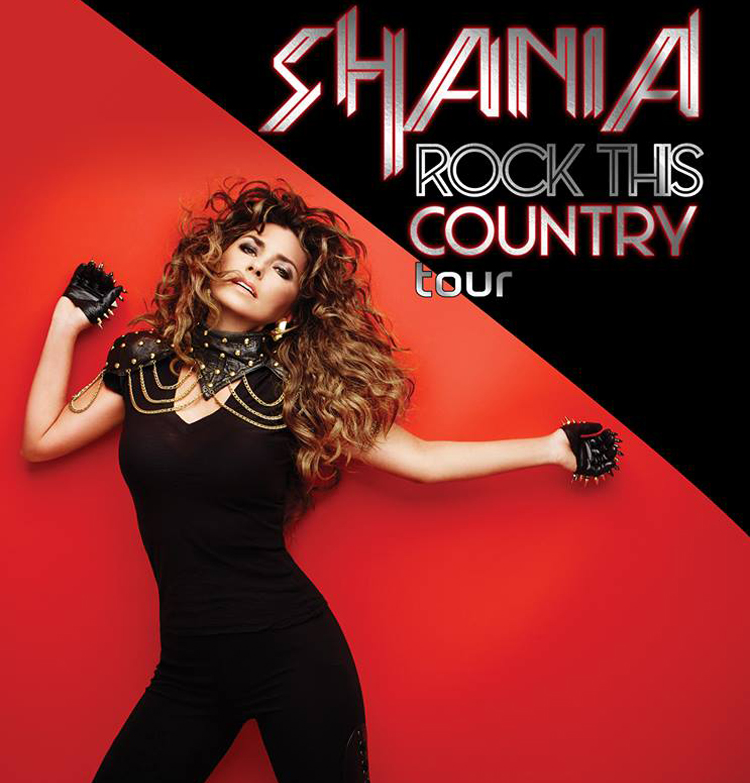 This morning (March 4, 2015), during ABC’s Good Morning America, Canadian country legend Shania Twain announced that she will be going on a farewell tour this year, the “Rock This Country Tour”.

This will be her fist major North American tour in a decade; the 48-city tour will kick off on June 5, 2015 with Wes Mack opening the Canadian dates.

See the list of Canadian tour stops below and head over to http://news.shaniatwain.com/ for the full list of tour dates and to purchase tickets.