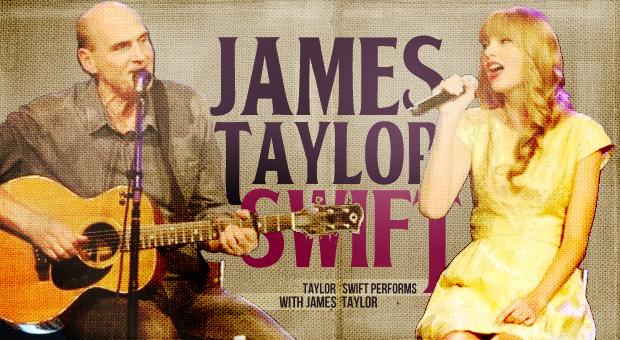 Taylor performs with Taylor, James that is

They say good things never come around twice but that wasn’t the case on Monday (July 2) as Taylor Swift performed with legendary musician James Taylor at his show at Tanglewood in Massachusetts.

Last year, Swift asked Taylor to be a special guest at her tour ending show at Madison Square Garden in NYC and so this week Sweet Baby James returned the favour.

Swift was filled with excitement and posted on her twitter: ‘Just had the honour of performing with James Taylor to a sold out crowd in MA.‘ The two performed James Taylor’s 1970’s hit ‘Fire and Rain’ and then Swift performed two of her songs ‘Ours’ and ‘Love Story’ on her own.
[mycred_video id=”2PLhL9C_z5w” width=”620″ height=”340”]