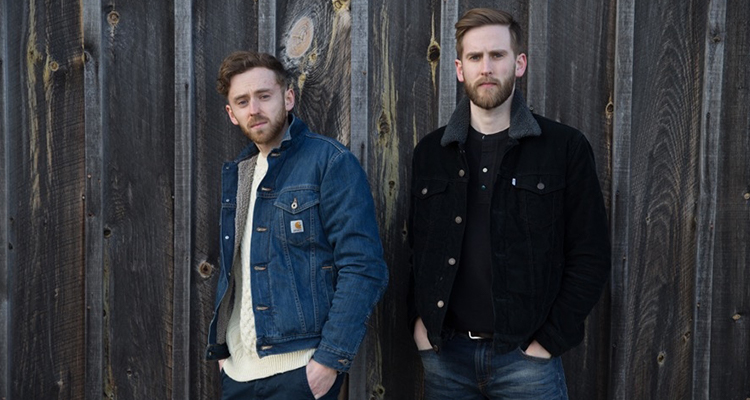 The Abrams: ‘Spend Your Life With Me’ Video Premiere [WATCH]

The Abrams Premiere New Video for ‘Spend Your Life With Me’

It’s hard for John and James Abrams to recall a time in their young lives where they weren’t creating and playing music together. As fourth-generation musicians, The Abrams have taken the “family business” to a whole new level with their recent signing to Warner Music Canada and major label self-titled debut EP.

The Abrams is a departure from their earlier work, spurred by Gavin Brown – the Juno award-winning and Grammy nominated producer. Brown (Billy Talent, Metric, Three Days Grace) took it as a personal challenge to bring out the best in The Abrams and introduce them to a broader audience. The resulting EP does indeed make an indelible first impression, yet is only a taste of what The Abrams and Brown have created together. Knowing now what they can accomplish in the studio, and how to translate that to the stage, The Abrams are fully prepared to take a place alongside Canada’s best-known country music stars.

The EP slowly emerged out of an intense two-year period of writing and recording that began almost immediately after The Abrams and Brown first met in January 2014 at Brown’s Noble Street Studios in Toronto.

As James Abrams explains, “Over the past two years, John and I have started writing together more than we ever have. It’s been really exciting for me because, as a fiddle player, melodies are flowing through my mind all the time. The emotional qualities of those melodies will suggest a framework for a song, and in a lot of cases, John will then start to flesh it out with some lyrics and we’ll both develop it from there. It’s almost become like building a house; we’ll each bring our own materials and construct it together.”

Want to see The Abrams live this summer? Visit their official website for dates and tickets!