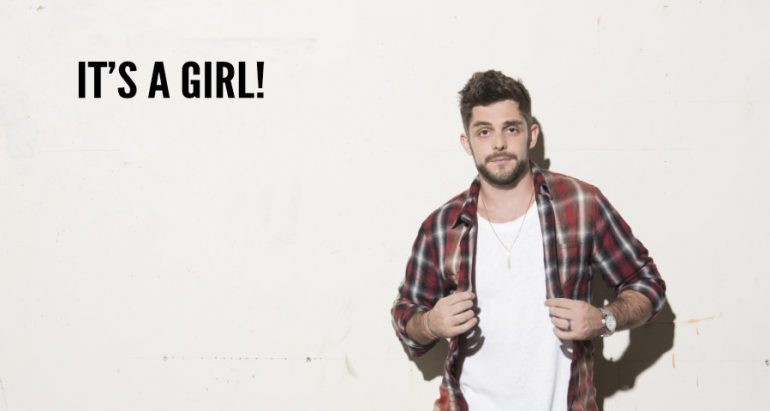 When planning a gender reveal party, Tyler & Clarissa Robb had the right idea. What’s better than having one of your favourite artists announce the gender of your soon to be child in a room full of thousands of fans to celebrate with? On May 4th in Winnipeg, Thomas Rhett was handed an envelope which contained the gender of Tyler & Clarissa’s baby. He anxiously announced to all the fans in the Bell MTS Place that they were having a girl!

“It was truely a dream come true for Thomas Rhett to reveal at his concert that our baby’s going to be a girl! He was my husband and I’s first concert when we were dating and ‘Die a Happy Man’ was our wedding song. So I had this crazy idea to make a poster for our gender reveal and attempt to get him to reveal it to us and wow it has been above and beyond just that. With all the love from all over the world, we are feeling so blessed!” – Clarissa Robb 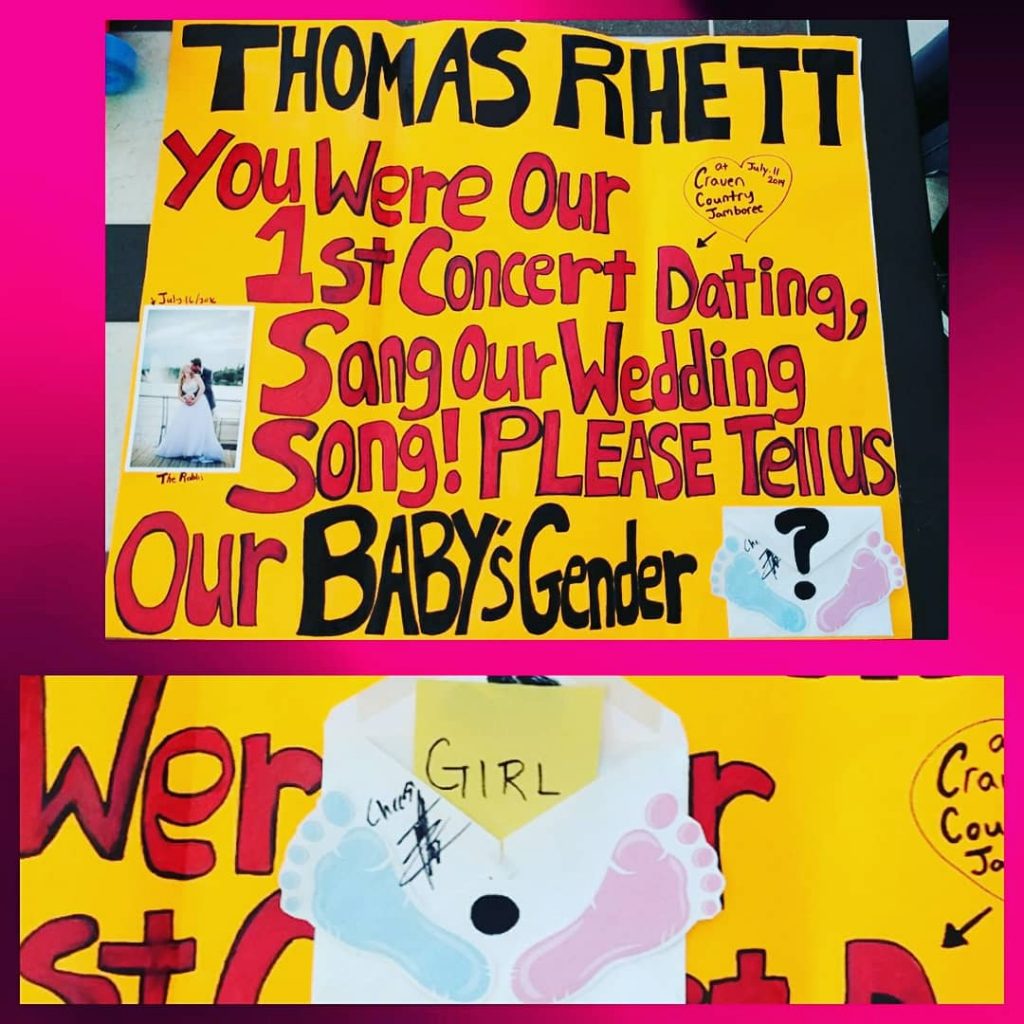 After the poster was confiscated at security, Clarissa thought there was no way the announce was going to happen. They even had friends and family in the audience looking forward to the reveal. But luck was on her side as she made her way to the second row and handed the envelope to Thomas Rhett mid-performance. After the song, he took the envelope out of his pocket to see what it said and the rest is history…

Why no gender reveal will ever top Clarissa & Tyler’s:

They didn’t just give the honour to any artist, they chose a superstar. I mean… it’s Thomas Rhett. The fact that Clarissa could catch his attention in a sea of thousands is a feat in itself, let alone have him read the gender!

Most gender reveal parties will consist of your closest friends and family. Let’s face it 10-40 people can only scream so loud. An arena of people however…now we’re talking.

Not only did Thomas Rhett make the announcement at the arena but he also shared the news to his 3.5 million Instagram followers. The amount of love and excitement for Clarissa & Tyler’s baby girl must be absolutely overwhelming.

Since the announce, Thomas Rhett has shown his sincere excitement for the couple by posting videos of the event on his Instagram. Watch the announce below!

A first in Winnipeg! Congrats on the baby girl y’all. Tag the parents in comments if you know them or are them! 🎀