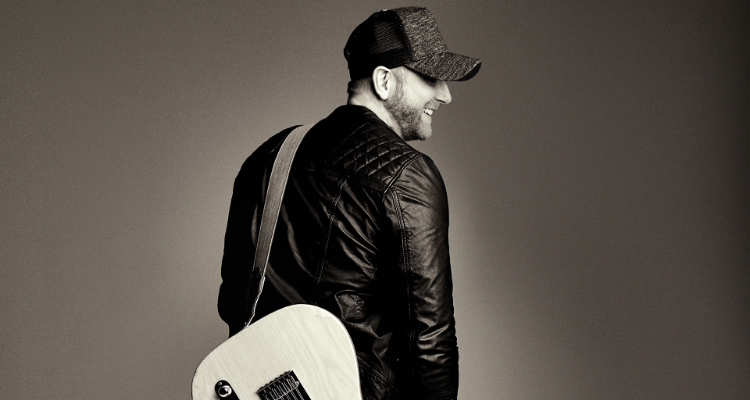 Niagara Falls-born multi-platinum, award winning entertainer Tim Hicks unveiled the release date for his anticipated fourth studio album “New Tattoo” available everywhere June 22nd via Open Road Recordings/Universal Music Canada. The album’s first single “LOUD”, amplified airwaves across North America and was officially licensed by the NHL for broadcast during the 2018 playoffs. The thunderous track garnered the most adds at Canadian Radio (all formats), in its first week of release and has been streamed close to 500,000 times to date. Beginning June 1st, fans can pre-order New Tattoo exclusively at iTunes.

WATCH the teaser for New Tattoo below.

Hicks has always been akin to his fans and with his fourth album, New Tattoo, he continues to lead the way, expanding the sound and style that helped define today’s country music. With his first studio release since 2016’s Shake These Walls, which debuted as the No.1 Canadian Country Album on the Nielsen Soundscan Top Country Albums Chart upon release – the platinum selling entertainer returns with a crowd-pleasing array of emotions and observations, from thunderous party-starters to high energy hits, hard-earned heartbreak and a duet with one of the hottest chart-topping females in Country music – Lindsay Ell.

For Hicks, one key ingredient for the new album was to get back into the studio and have a good time creating the hard-charging tunes that helped build his brand from day one. “I’m super-proud of my last couple of records, but I really wanted to make sure that fans and listeners could hear how much fun this album was to make,” says Hicks. “So one goal going in this time was to not get caught up in what I felt people would expect from me and just get down to making music my way – having a good time and recording great songs. This album is literally a ‘new tattoo’ and it’s going to live with me forever (like a tattoo), so it was important to be fully present in the studio and make some incredible musical memories.”

Entirely co-written by Hicks and produced by Jeff Coplan with the exception of “LOUD” (produced by Todd Clark), and “Gettin’ To Me” (produced by Jeff Coplan and Dwave), New Tattoo is a fiercely confident collection of 12 tracks that catapult between traditional country grooves, stadium-sized rock riffs and blue collar country. First single “LOUD” was the #1 most added song at Canadian radio (all formats), its first week of release, proving that while the six-time GOLD certified Hicks may change things here and there, he’s telling fans that he’s plugged into their world. “We had a riot writing and recording ‘LOUD’, and I think it shows on the track,” shares Hicks. “It’s high energy, guitar driven, and begs to be played live, so I can’t wait to get out and perform it!”

Building from local acclaim to becoming a nationally recognized name in Country music, poised for chart-topping success, Hicks currently boasts two PLATINUM selling singles, 6 GOLD singles and one GOLD album with his long-time label Open Road Recordings. The CCMA Award winner and three-time JUNO Award nominee has proven he has as much momentum as any artist in the business and is setting the bar high with the release of “New Tattoo”.

Hicks recently wrapped the western leg of Brantley Gilbert’s “The Ones That Like Me Tour” as direct support. Acutely aware of what keeps his audience feeling connected to him; he delivered the hits to rave reviews and roars from the audience night after night. As with any new release, Hicks says, “keep your eyes and ears open for a major tour announcement coming soon.”

For more information and the latest tour dates, visit www.TimHicksMusic.com or to join the Throw Down Crew and receive exclusive content and opportunities leading into the album release and beyond visit http://timhicksmusic.com/join/.