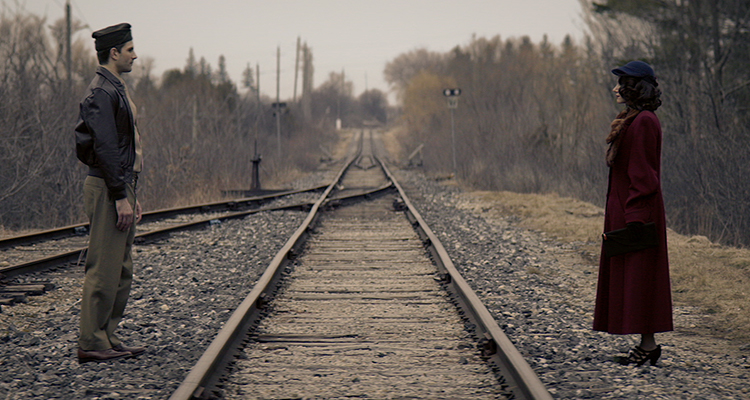 Tim Hicks released his powerful video for Slide Over. The video is unlike anything he’s done in the past. In the video, Tim reads a lost letter found on a train. As he reads the letter, the story comes to life showing a couple that struggles to say goodbye as the husband leaves for war. The beautifully haunting video shows a new side of the 5x gold certified country star.

“I’m so excited for this release,” shares Tim Hicks. “For me, the live show has always been a huge part of who I am as a performer and having captured a little bit of our “Shake These Walls Tour” in a digital release is really cool. We started recording the tour as a means for us to critique ourselves on a nightly basis, but when I went back and heard the performances I felt that we just had to share them with our fans. I hope everyone enjoys these songs live as much as we loved performing them on the tour.”

Hicks’ Summer Tour continues to heat up with the announcement that he will join Dean Brody on August 24th in Toronto at the iconic Budweiser Stage. Also announced, Hicks will return to Ottawa Bluesfest on July 16th as direct support for Tom Petty and he will once again headline the annual Summer Throwdown concert celebrating Canada 150 on July 1 in Wasaga, ON. Notable dates throughout the summer include Dauphin Countryfest (June 30), Cavendish Beach Music Festival (July 9), Sunfest (August 5) and many more.

Earlier this month, Hicks announced that he’ll bring the highly praised Shake These Walls Tour to Quebec for six headlining dates in January and February (2018).