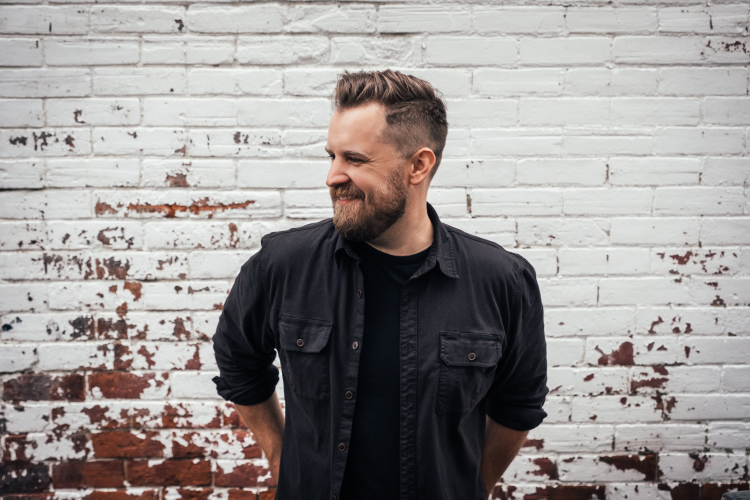 Kicking off 2020, award winning country artist David James releases his new single “If I Were You” on March 6th followed by his EP release of the same name today, March 13th.  “If I Were You” is written by Corey Crowder, Tyler Hubbard (1/2 of the Diamond selling duo Florida Georgia Line), Michael Wilson Hardy and Bart Butler.

Nothing worth having comes easy and opportunity looks a lot like hard work.”

Since bursting onto the Canadian country music scene following his 2014 signing with MDM Recordings Inc., award winning country artist David James (MDM Recordings Inc. / Universal Music Canada) has lived by the motto “nothing worth having comes easy and opportunity looks a lot like hard work,” and work hard he does. The 2016 release of his debut EP “Songs About A Girl” garnered the Manitoba native two Canadian Country Music Association Award nominations including a nod in the “Rising Star” category, his debut performance at the highly celebrated Boots and Hearts Music Festival, a Canadian Radio Music Award nomination for “Best New Group or Solo Artist: Country” and a tour slot with country artist Chad Brownlee before returning to the studio to begin working on a new EP.

His October 2017 sophomore album “Downtown Kids” is what followed, spawning James’ first and second Top 15 hits and most successful singles to date with “Sun Set On It” and the title-track earworm “Downtown Kids”. James marked the release with a performance at Calgary’s Webber Academy Performing Arts Centre as part of the live music broadcast series Stampede City Sessions, which debuted on PBS (KPBS) to an audience of more than 2 million viewers. The six-song EP showcases James’ melodic pop-rock infused country sensibilities and lyrically draws influence from both his personal and professional life and in keeping with his upward trajectory, he was nominated for four Manitoba Country Music Association Awards including “Male Artist of the Year”, “Album of the Year”, “Video of the Year” and “Single of the Year”.

In November 2018, James dropped “Cars, Girls, & The Radio” and hit the road in 2019 where he appeared as the featured guest on JUNO Award nominated country artist Aaron Pritchett’s “Out On The Town” tour, which stopped in over 50 cities across Canada before wrapping in the fall of that same year.

“All The Time”, released in August of 2019 became James’ fastest climbing song at radio to date and boasts over 1.3 million collective streams to date.  The companion video debuted on CMT in the U.S. as part of their ‘Next Up Now Program’ – a program created to highlight songs and videos of up-and-coming stars in the country music genre.  Additionally, James was awarded ‘Male Artist of the Year” at the Manitoba Country Music Association Awards.

Top Country’s Pick of the Week: If I Were You by David James now added to the official Top Country Songs playlist.