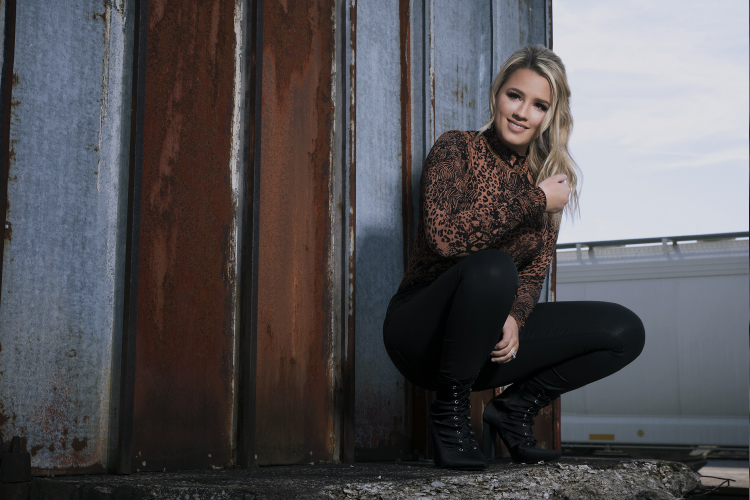 Singer Gabby Barrett released her new single titled “Hall Of Fame,” which was inspired by her husband, Cade Foehner. The song was co-produced by Ross Copperman and Zachary Kale and co-written by Adam Doleac, Gabby Barrett, Trannie Anderson, Zachary Kale.

Check out the official lyric video and screen captures below! It’s filled with photos of the beautiful couple from over the last 2 years.

Gabby Barrett is an American singer and songwriter from Munhall, Pennsylvania. A country music fan, Barrett blends her soulful voice with a combination of R&B and country during her performances.

Warner Music Nashville’s Gabby Barrett is setting the trend. Recently spotlighted as one of CMT’s Next Women of Country (Class of 2020), a 2020 MusicRow Next Big Thing artist, a SiriusXM + Pandora All-Genre and Country Artist to Watch, Radio Disney’s Next Big Thing, and Amazon Music’s Weekly One best performing Country female of 2019, she continues to rise through the ranks as “country music’s next female superstar” (Country Now).

With over 200 MILLION on-demand streams to her credit, Barrett previewed her upcoming Ross Copperman-produced album releasing new songs “The Good Ones” and “Hall of Fame.” The Pennsylvania native began singing in her local gospel choir at nine years old, and performed 136 shows in 2017 alone before rising to national prominence as a Top 3 finalist on ABC’s American Idol.

Gabby Barrett is hitting the road and performing at events, festivals, and opening for major country recording artists in 2019. Check out her scheduled shows here!