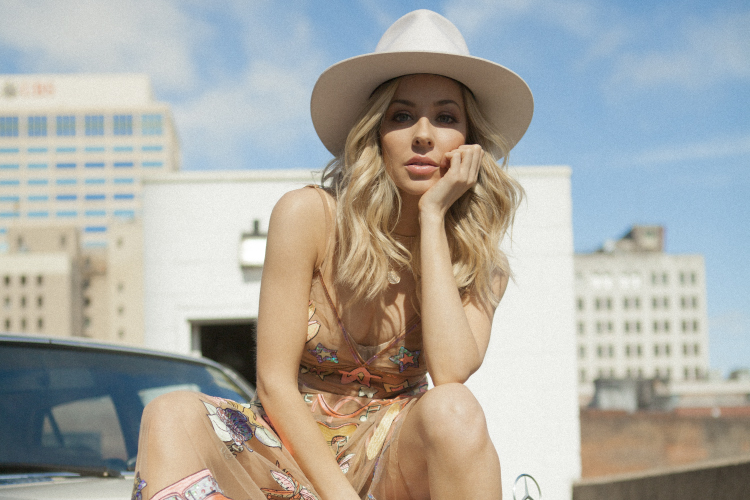 Seeing Other People is about the hardest moment after a break-up. Seeing that person out with someone who isn’t you. Your whole stomach drops when you see your person looking happier with someone else. I know that feeling all too well and I know so many others have felt the same. I can’t wait for people to hear the heart and vulnerability of this song.”

Growing up in Alberta on her family’s working ranch near Medicine Hat, Porter came by her country bona fides honestly. “At my house somebody was always singing at the top of their lungs 24/7, and my father and grandfather always played country radio while we worked. So that’s how I fell in love with country music.” At age four Porter also began studying classical piano, violin and voice. Beyond lessons, she also performed regularly with her siblings and cousins in the family’s band.

After relocating to Vancouver in her late teens she fell deeply in love with songwriting and recording her own material and, in 2013, released her self-titled debut album. Over the next three years she garnered nominations for prestigious Canadian music awards including the 2015 JUNO for Country Album of the Year and the CCMA Award for Female Artist of the Year three years running. Over time she’s also toured extensively on her own and in support of artists such as Kenny Chesney, Rascal Flatts and Blake Shelton. Additionally, in 2016, Porter was featured on Chris Lane’s ‘Circles’ from his Top 10 US Country record, Girl Troubles.

Since making the move to Nashville in 2014 Porter has continued to develop her chops as a songwriter with a variety of A-list talents including Nicolle Galyon, Craig Wiseman, Natalie Hemby, Tommy English and others. And while her powerful delivery and chill-inducing harmonies have invited comparisons to other artists, MacKenzie Porter has a style and a singular voice as a songwriter and performer that’s uniquely her own.

Boasting more than 24 million streams, Porter wrapped 2019 with historical back-to-back #1’s at Canadian Radio. With the success of her most recent single (“These Days”) Porter became the first Canadian female artist to score two consecutive Country #1’s since Shania Twain, 22 years ago.

Currently on her first U.S. tour alongside Big Loud labelmate Chris Lane, the JUNO-nominated artist will head back north to join Brad Paisley for five Canadian dates this spring. For tickets and info click here.