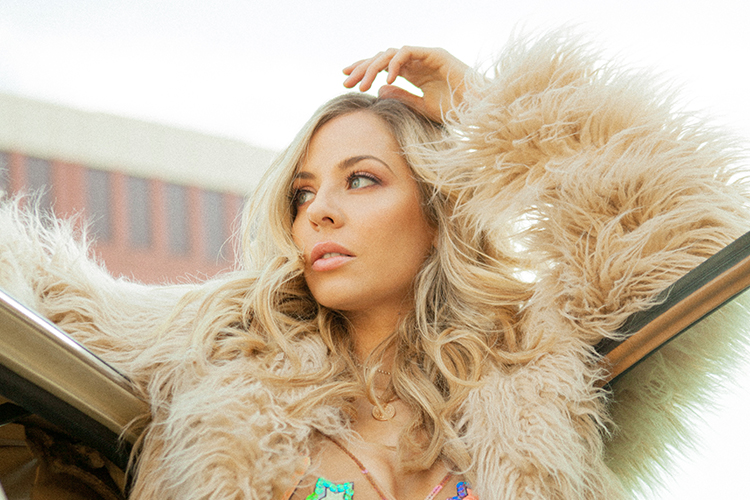 Watch the brand new video for These Days by MacKenzie Porter available now on YouTube.

Porter continues to heat up the Country music scene, as These Days climbed into the Top 20 on the Canadian country airplay charts. She notched her first #1 in May 2019 with “About You,” making her one of seven Canadian female artists to reach #1 on the Billboard Country chart in 25 years.

We asked MacKenzie a few questions about her latest video These Days, and we’re excited to share them with you…

MacKenzie: “These Days is a song about first love. That nostalgic feeling about high school days and missing someone.”

TC: Give us 1 cool fact about making your video for These Days . . .

MacKenzie: “I loved the idea of having a projector rolling in the background. The videos are meant to be a reflection of the memories I have of my first love.”

TC: What can fans expect at a Friends Tour concert?

MacKenzie: “Five friends having a great time! It’s a super fun and unique show with tons of energy!”

Did you know that since 2014, MacKenzie has been in a relationship with actor & singer/songwriter Jake Etheridge? Porter and Etheridge got engaged earlier this year. Etheridge even made an appearance in one of her recent music videos for the #1 song ‘About You.’

No stranger to country music scene, MacKenzie Porter is a 3-time CCMA nominee for Female Artist of the Year. A CCMA Rising Star of the Year nominee (2013), and a JUNO nominee for Country Album of the Year (2015).

Since releasing her debut album in 2013, Porter has opened for the like of Kenny Chesney, Rascal Flatts, Blake Shelton, Chris Lane and Jake Owen.

In 2018, Porter released her first new music in four years, with tracks About You and Drive Thru. The former receiving 4 MILLION streams to date and, in May 2019, becoming Porter’s first #1 Billboard Canadian country single.

Top Country’s Pick of the Week: These Days by MacKenzie Porter, now added to the official Top Country Songs playlist.