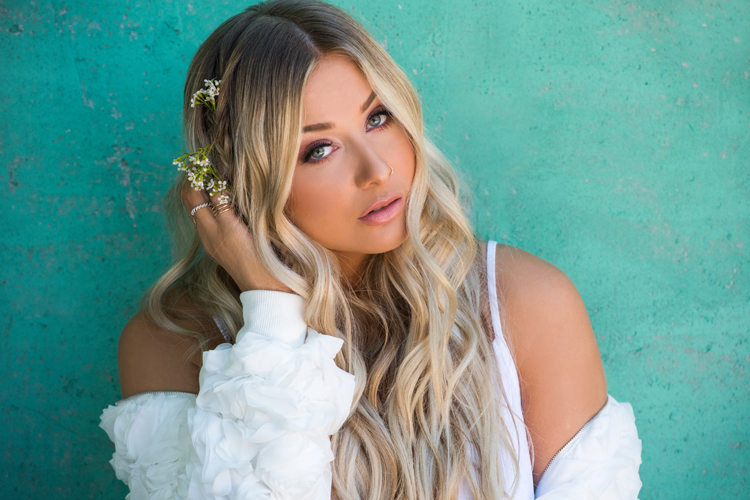 Madeline Merlo co-wrote her latest single, Dear Me, which stays true to the catchy pop-meets-country fusion that Merlo has become known for. The empowering message of the song started out as a journal entry from notes Madeline wrote to her younger self, and it resonates in today’s cultural landscape, where many young women struggle with the pressures of social media.

The song follows the success of her single, Neon Love, which was Merlo’s fifth Top 15 single. Merlo has accumulated more than 13 million streams of her hits, across all digital platforms from a global streaming audience that covers 61 countries.

Hailing from Maple Ridge, BC, Madeline is a CCMA Award and two-time BCCMA Award winning artist. Merlo has five Top 15 singles under her belt and is currently collaborating new music with some of the biggest names in country based in Nashville, TN. She continues to live up to Spotify’s prediction that she will be one of the biggest rising stars to watch.

After winning CCMA’s Rising Star Award in 2015 and BCCMA Female Artist of the Year two years in a row, Merlo released a series of successful singles, including; Whatcha Wanna Do About It, which cracked the Top 10 at Canadian Country Radio along with landing on Sirius XM’s #OnTheHorizon List, her follow up War Paint, which deeply resonated with fans on social media, and was the #1 Most Added country song in Canada in its debut week, along with the, soulful, breakup ballad, Over & Over. All three songs are featured on Merlo’s debut album, Free Soul, released in 2016. Motel Flamingo was the 4th song to land in the Top 15 at Country Radio. A vibrant, upbeat track produced by Karen Kosowski, and a reflection of Madeline’s unique tropical, bohemian vibe.

After the initial success of her hit Honey Jack, Merlo opened for country royalty Keith Urban, and she has since toured with heavyweights Paul Brandt, and Dean Brody on his epic Beautiful Freakshow Tour, and recently returned from touring with Tim Hicks on his Get Loud tour.

In 2017, Merlo starred alongside Jana Kramer and Sophie Tweed-Simmons in the musical film, Country Crush, which saw her play the lead role of a young woman trying to make it as a country singer. The film went on to win three awards, and can be found on Netflix and DVD.

Madeline Merlo has always had eclectic taste, and in her music you’ll hear the influence of classic country artists like Johnny Cash and Patsy Cline, R&B greats Etta James and Billie Holiday and modern superstars such as Miranda Lambert. Merlo is a champion of local artisans and is passionate about promoting new designers. Her free-spirited style is as unique as her sound. Just weeks after a recent move to Nashville, Merlo landed on US Weekly’s List of best-dressed artists at the Country Music Awards.

Top Country’s Pick of the Week: Dear Me by Madeline Merlo, now added to the official Top Country Songs playlist.