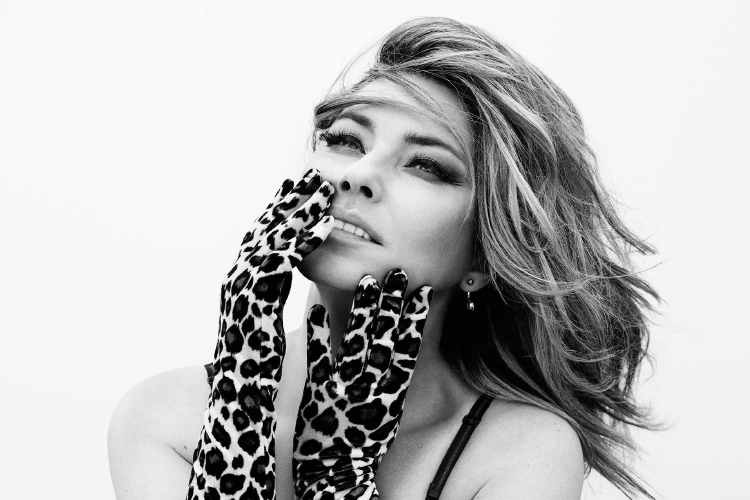 Man! I Feel Like A Woman! – Shania Twain | Featured on the Top Country Charts

Legendary Canadian singer-songwriter Shania Twain is about to make her comeback to country music. We are pumped to announce her upcoming performance at the AMA’s, after 16 years. Shania is also set for her Vegas residency that should be on every country fans bucket list! Check out her top songs and videos below and more info on her return.

Album: Come On Over

Life’s About To Get Good

Any Man Of Mine

Album: The Woman In Me

That Don’t Impress Me Much

Album: Come On Over

Shania Twain is making her grand return to the American Music Awards later this month. The singer will be performing a medley of her greatest hits, marking her first time back on the AMA’s stage since 2003.

Shania will serve as creative director for her new Las Vegas show, combining her three decade-long career with inspiration from her iconic videos and elements from her 2018 sold out global NOW tour. This country rebel at heart will push the boundaries in Vegas, just as she always has done, taking fans on a journey of nostalgia and blowing them away with outside-the-box concepts and visual spectacles.

Shania Twain was born Eilleen Regina Edwards in Windsor, Ontario, the second oldest of five siblings. She was raised in Timmins, Ontario, about 500 miles due north of Toronto, where her adoptive father, an Ojibway Indian named Jerry Twain, and mother, Sharon, had both been raised. It was a proud but, at times, impoverished existence. They struggled to keep enough food in the cupboards, but there was always an abundance of music and love in the household.

Twain often grabbed a guitar and retreated to the solitude of her bedroom singing and writing until her fingers ached.

“I grew up listening to Waylon, Willie, Dolly, Tammy, all of them… but we also listened to the Mamas and the Papas, The Carpenters, The Supremes and Stevie Wonder. The many different styles of music I was exposed to as a child not only influenced my vocal style, but even more so, my writing style.”

Her mom noticed Twain’s talents, and soon the youngster was being shuttled to radio and TV studios, community centers, senior citizens’ homes, “everywhere they could get me booked.”

In 1987, at age 21, Twain lost her parents in an automobile accident. She took on the responsibility of raising her three younger siblings. She managed to keep the household going with a job at Ontario’s Deerhurst Resort. Three years later, with her brothers grown enough to take care of themselves, Twain was on her own. Shedding her real name, Eilleen, she adopted the Ojibway name of Shania, meaning “I’m on my way.” Twain recorded a demo tape of original music and set her sights on Nashville. Although Twain landed a record deal with Mercury Records on the basis of her original material, her self-titled 1993 debut album featured only one of her songs, the feisty “God Ain’t Gonna Getcha for That.” Singles “What Made You Say That” and “Dance With the One That Brought You” each peaked at No. 55 on the Billboard country singles chart. It took a phone call from a distant admirer, rock producer Robert John “Mutt” Lange (AD/DC, Def Leppard, Foreigner, Bryan Adams and many more) for Twain to find a true believer, both in her voice and her original songs.

The first results of their labor, “Whose Bed Have Your Boots Been Under,” entered the Billboard country singles chart in January 1995, peaking at No. 11. Twain’s second album, The Woman in Me, debuted on the country albums chart the following month. The collection has sold 18 million copies, making Twain the best-selling country female artist of all time. The single “Any Man of Mine,” hit the charts in May and became the first of four consecutive No. 1 hits for Twain, including “(If You’re Not in It for Love) I’m Outta Here!,” “You Win My Love” and “No One Needs to Know.” The project won a Grammy for country album of the year and was named album of the year by the Academy of Country Music in 1995.

Twain’s third Mercury collection, Come on Over, was released in 1997, two years after her last album. The project continued Twain’s hot streak, producing No. 1 hits “Honey, I’m Home” and “Love Gets Me Every Time.” The sultry ballad “You’re Still the One” went to No. 1 on the country singles chart and made it to No. 2 on Billboard’s Hot 100 pop chart, solidifying Twain as a crossover artist. The sassy “Man! I Feel Like a Woman,” a Top 5 country hit, helped secure the singer a contract with cosmetics company Revlon, which used the tune in TV ads featuring Twain. Come on Over has sold 11 million copies to date.

The singer finally mounted her first major tour in 1998 following the release of Come on Over. The highly anticipated outing helped earn Twain entertainer of the year trophies from the ACM and the Country Music Association in 1999. Twain has won a total of five Grammys, including two for best country song (“Come on Over” and “You’re Still the One”) and two for best country female vocal performance (“Man! I Feel Like a Woman!” and “You’re Still the One”). She also has taken home trophies from the Canadian Country Music Awards, Canada’s JUNO Awards and the American Music Awards. In 1999, Broadcast Music, Inc. (BMI) named Twain both country songwriter of the year and pop songwriter of the year. Her ballad, “You’re Still the One,” was named BMI’s country and pop song of the year.

Twain released her “Greatest Hits” album in the fall of 2004. She was also featured on the “Desperate Housewives” soundtrack in 2005 and sang a duet with Canadian legend, Anne Murray, in 2007.

In April 2010, Shania joined forces with Oprah Winfrey’s new television network, OWN, to star in a six-episode docu-series titled, Why Not?  With Shania Twain.  Why Not?  is set to premiere in May 2011.  Twain is also releasing her first memoir in the spring of 2011 with Atria Books, a division of Simon and Schuster.

In September 2017, Shania released her album NOW, singlehandedly writing every song on the record, NOW is the first album Shania has released in nearly 15 years, and fans along with the media are responding with delight.