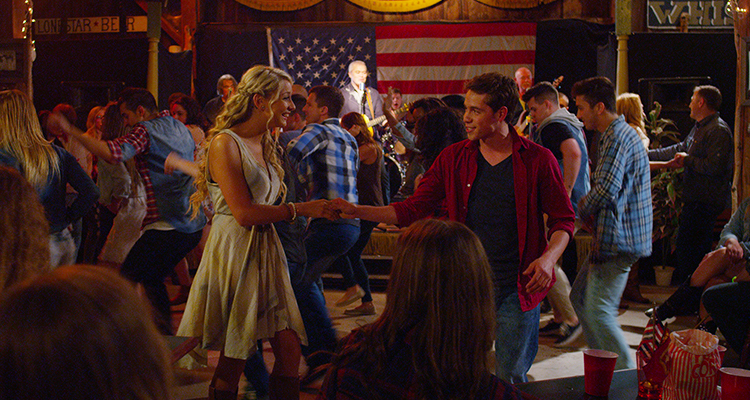 You could win a copy of the digital soundtrack!

2. One and Only You
Jana Kramer, Kevin McGarry

3. What If I Am
Madeline Merlo, Munro Chambers

4. Have You Ever Had So Much Fun
Munro Chambers, Madeline Merlo

6. To Have You Stay
Jana Kramer, Munro Chambers, Madeline Merlo

13. One and Only You (Reprise)
Madeline Merlo, Munro Chambers, Jana Kramer

15. What I Believe In
Munro Chambers

Watch the video for ‘Crush’ below!

The soundtrack for Country Crush, featuring Madeline Merlo and Jana Kramer, was released by Open Road Recordings in the Spring. It includes new songs from the film as well as ‘Alive’ and ‘Crush’ from Madeline’s debut album, Free Soul.

“Country Crush is a demonstration of the power of music, the bond of brotherhood and the boundless possibilities of love…” said Susan Curran, President of Marketing and Development at United Front Entertainment.

“The team is very proud of this film that incorporates all the best elements of country music. With a sweet love story, strong soundtrack and fun dance numbers, you can’t help but fall in love!” stated Brigitte Kingsley, Producer at Good Soldier Films.

Country Crush opens with city girl and aspiring singer Nancy Taylor (Madeline Merlo) traveling to the countryside with best friend Ainsley for a weekend getaway. When Nancy’s car breaks down, fate introduces her to Charlie Bishop. Charlie, a good-hearted country boy, becomes immediately enchanted with Nancy and yet struggles to find the courage to ask her out on a date. After his older brother Cody is shipped out on another tour of duty, Charlie gains the courage to follow Nancy to the big city and pursue the romance. The relationship begins with promise, but the demands of Nancy’s budding career causes Charlie to question the relationship and to remember the importance of making the hard choices in life when staying true to oneself.

Enter below to win a digital download of the Country Crush Soundtrack.

Contest ends November 1 at 11:59 EST. Winner will be contacted via email.

Contest Closed, thanks for entering!

Note: By entering this contest, you are signing up for the Top Country e-blast. You can unsubscribe at any time.