If I’m Honest due May 20 Exclusively on Apple Music

Country music superstar Blake Shelton’s deeply personal new album If I’m Honest is available for preorder now at iTunes. Fans who buy the album before its May 20 release will get an instant download of “Go Ahead and Break My Heart,” the special duet Shelton performed with Gwen Stefani on The Voice May 9.

The Warner Bros. Records/Warner Music Nashville release will be an Apple Music and iTunes exclusive for digital downloads and streaming the week of release before going out to all online outlets on May 27. Shelton has already shared several tracks with fans. Lead singles “Came Here to Forget” and “Savior’s Shadow” are now at Country and Christian radio – the beautifully bittersweet “Came Here to Forget” is already Top 5 and destined to be Shelton’s 22nd No. 1 – and “Friends” is part of The Angry Birds Movie soundtrack.

And tonight 16 million fans will see Shelton unveil song No. 4 in a very special performance with Stefani, who co-wrote and recorded “Go Ahead and Break My Heart” with Shelton. The two have been competing coaches on The Voice and Stefani served as a mentor/advisor for Team Blake this spring as he goes for his fifth victory in 10 seasons.

Shelton considers If I’m Honest the best album of his career and is excited to share the music with fans in the run up to release. His 12th studio LP will lead off with “Straight Outta Cold Beer,” the high energy cut that serves as a party-to-forget entry point for the larger story If I’m Honest tells.

“Man, I love this song because it’s basically just what we do,” Shelton said. “You go find whoever’s got property that touches the river or the lake or a field somewhere and just have a party out in the woods. I see these critics and bloggers saying they’re tired of hearing about a tailgate and an ice chest and a campfire.”

The former CMA Entertainer of the Year and five-time Male Vocalist of the Year is also excited for everybody to hear the way he and producer Scott Hendricks meld genres on “It Ain’t Easy.”

“’It Ain’t Easy’ is a song Rhett Akins sent over to me and I just fell in love with it because it sounds like something they made at Muscle Shoals back in the day when that earthy R&B sound was bleeding into country music,” Shelton said. “And so when I heard it, it was like, ‘Whoa! This sounds like my heroes like Earl Thomas Conley, Kenny Rogers and Con Hunley. That’s going to be a completely new sound to the kids out there these days and I want to be the guy that gets to showcase that feel and get it back out there again.’”

Shelton will share more personal insights about his new music over the next two weeks as he prepares to release If I’m Honest. Fans can also learn more about him when the Country Music Hall of Fame® and Museum in Nashville, Tennessee, opens Blake Shelton: Based on a True Story on May 27. The exhibition will examine the star’s road to success, from his childhood to his move to Nashville as a teen, and from his multi-platinum recording breakthrough to becoming a national celebrity. A range of artifacts, including stage wear, instruments, song manuscripts, photos and personal items will help tell the story of Shelton’s struggles and triumphs.

And he’ll hit the road on the fall leg of the 2016 Blake Shelton Tour Presented by Gildan in September, kicking off the run in his home state of Oklahoma. For tour dates, tickets and the latest news and information, be sure to follow @blakeshelton on Twitter and stay tuned to BlakeShelton.com. 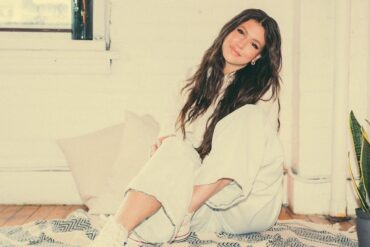