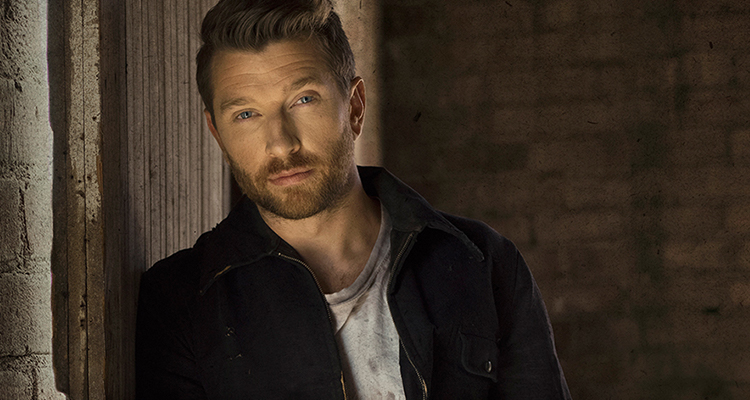 If you haven’t listened to the new Brett Eldredge new album yet, stop what you’re doing, go to iTunes, and hit play. The self-titled album is the perfect combination of emotional and up-beat songs that will keep you hooked until the final note.

In an interview with Nash Country Daily, Brett shared the reason for making the album self-titled. “This is me melodically and lyrically more than anything I’ve ever done. This deserves to be self-titled because it’s more me than anything yet.”

Throughout the album, it’s clear Brett took inspiration from outside of just country music. There are elements of country, rock, soul and pop in ‘Superhero’ alone. In the song, Brett shows his versatility and dynamic vocal range with impressive vocal runs. While the song focusses on a man being a superhero for a broken-hearted woman, the last line stands out as the instruments fade, leaving Brett to sing “the world needs a superhero”.

In ‘The Long Way’, Brett sings “Take me the long way around your town…I want the secrets you keep that shine underneath of the diamond I think I just found” This song is a favourite, as the emotional melodies intertwine with the lyrics to make the story come to life, like any perfect country song.

Another highlight of the album is ‘No Stopping You’. This relatable song is heartbreaking, haunting and beautiful all at the same time. Favourite lyric: “When you get lost on the silver coast, do you stop for a minute and dance with my ghost?”

From ballads like ‘No Stopping You’ to toe-tapping songs like ‘Heartbreaker’ and his current hit ‘Somethin’ I’m Good At’, Brett Eldredge’s self-titled album has a song for whatever mood you’re in.

This past weekend, Brett celebrated his newly released album at Canada’s largest country festival, Boots & Hearts. A highlight of his performance was when he brought his dog Edgar onstage! Brett, you and Edgar are welcome back to Canada anytime!

Check out this adorable photo of Edgar and Brett on the day before the album dropped. Yes, that is Edgar’s face painted on the road. To promote the album, famous street artist Bachor turned three Nashville potholes into art. One was of Edgar, another featured Eldredge’s logo and the third one was on ‘No Stopping You’.

Best buds and their own Nashville street art