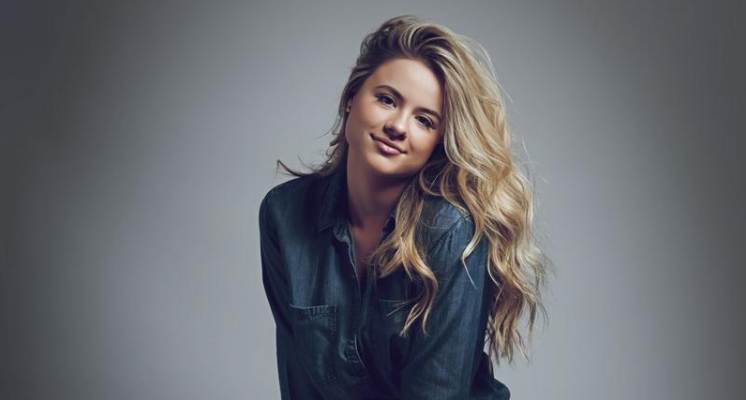 Christina Taylor is an emerging name in Nashville. In 2017, she released an EP entitled “That Girl”. Shortly after, she followed up the EP with her single, “American Dreamin’”. This dynamic, powerful singer is a part of the new wave of female country singers including Kacey Musgraves and Maren Morris.

She was recently selected as a CMT Discovery Artist and her video for “Don’t Look Good In Your T-Shirt Anymore” was featured on CMT’s video playlist.

The title track off of her EP, “That Girl” was the first song she wrote after moving from North Carolina to Nashville while she was going through her very first break up.

“I’ve always prided myself on being a pretty headstrong and independent woman but then I met this boy who drove me crazy which I think a lot of people can relate to so “That Girl” was born from that experience,” says Christina.

It was a trying time for Taylor who is trying to deliver a message of hope with “That Girl”. “The number one thing I want for people to feel when they listen to “That Girl” is empowered. I want them to know that there is a light at the end of the tunnel. You may be in this hard situation now but you can get back to being the girl that you once were”.

As always, we asked Christina Taylor to share some of her Top Country Favourites. Check them out below and make sure to give “That Girl” a listen!