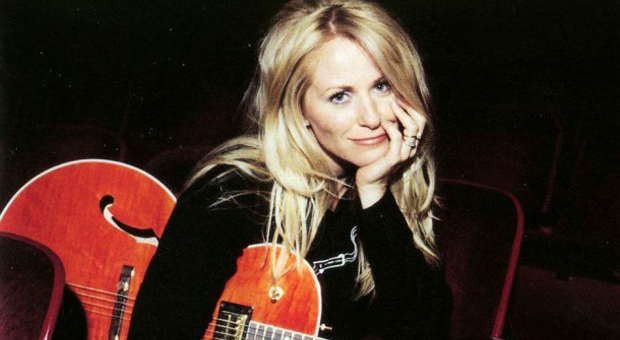 Friday night, Deana Carter returned to Canada to play for a packed house at The Venue at River Cree Casino in Edmonton, AB. After almost 20 years as a performer, Deana still has what it takes to engage an audience. She belted through her hits ‘How Do I Get There’, ‘We Danced Anyway’, and the title track from her first album back in 1996, ‘Did I Shave My Legs For This?’.

Carter also played new material that she’s working on including an unforgettable, beautifully written tune called ‘I Know Better’. The song tells the story of a woman and her best friend who dated the same guy, just at different times. The hook: ‘she says he’s faithful, but I know better’. She told the crowd, “Sometimes you can hope people can change, but somewhere deep down, you know people and what they’re capable of”.

She also played her recent hit, one that she had a hand in penning along with famed songwriter Matraca Berg. The song: ‘You and Tequila’ recorded by Kenny Chesney and Grace Potter. Carter then closed her set with ‘Strawberry Wine’, a song she says, “I can never get tired of singing this one. It gets better every single time I sing it. It was the song that started this all for me”.

Deana Carter is one of the most underrated female vocalists in country music today. She can still go out in front of a crowd with a great band and a guitar and engage the crowd with the power of music. Her humor in between songs and connecting with the crowd was something fresh. Most stars use pyrotechnics to wow the crowd, while Deana used her voice and the music to speak for itself. Her songs are still great and just as popular 15 years later. The true testament of a great artist and a great writer.

My hat goes off to her.