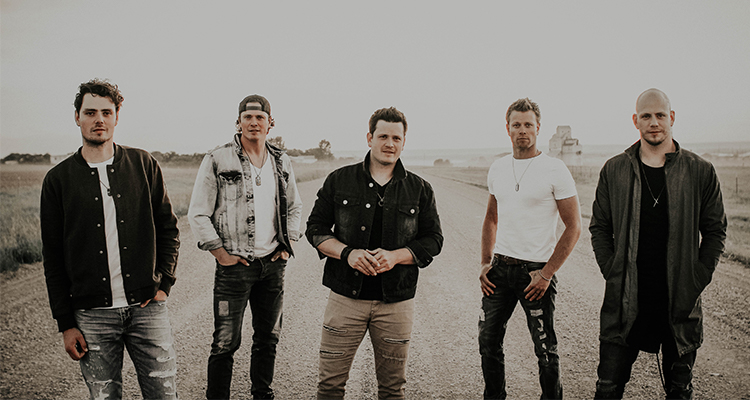 Hunter Brothers: Get To Know The Band Of Brothers On The Rise

With harmonies that will make your jaw drop to the floor, Hunter Brothers are a must-see live act. The band of five brothers blew everyone away at the CCMA Awards industry lunch with their performance of ‘Born and Raised‘. They were certainly the talk of the town in Saskatoon. Later that night, they performed with Paul Brandt at the CCMA Legends Show. 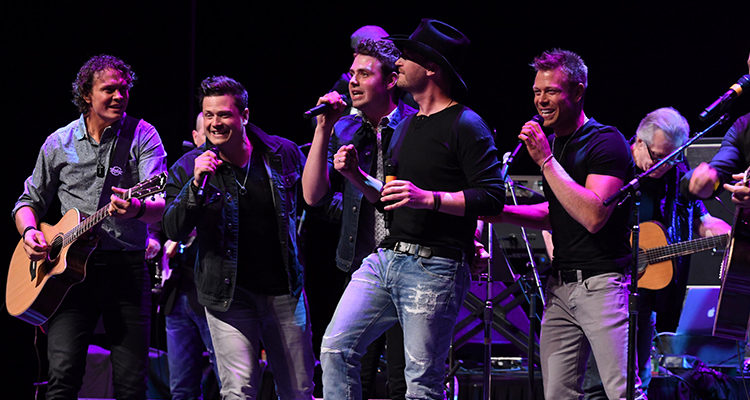 Since the Hunter Brothers are the nicest people ever (and I’m not exaggerating), they took to Facebook Live to record a thank you video for Paul. In the video, they sang their own rendition of Paul Brandt’s ‘Convoy’ called ‘Combine Convoy‘. Fun fact: the Hunter Brothers are not only a band, they’re also farmers who work daily on on their family farm in Saskatchewan, oh, and they were professional hockey players…no big deal, right?

Check out their ‘Combine Convoy‘ video and you’ll see why these rising stars were nominated for Interactive Artist/Group of the Year at the 2017 CCMA Awards.

After performing together and watching their ‘Combine Convoy’ video, there’s no denying  Hunter Brothers impressed Paul Brandt. The country music legend took to Facebook and Twitter to show his appreciation for the band.

You guys are too much! @HunterBros and their extra version of Combine Convoy… Good times @CCMAofficial week! https://t.co/8HfhHhkO2Z

Hunter Brothers were on cloud nine after the CCMA Awards. Ty (lead singer) shared, “We were overwhelmed by the incredible experience at the CCMA Awards in our home province of Saskatchewan this year. From playing the Legends Show with Paul Brandt, to meeting and spending time with other acts and people in the industry, to shaking the hands of our fans on the green carpet, we truly were blown away by what turned out to be an absolutely unforgettable week. We are so thankful for all those who gave us opportunities, and for those of you who continue to support this crazy dream”.

We hung out with the band of brothers in Saskatoon where we discovered their Top Country Secrets. The Hunter Brothers share two truths and a lie, can you guess which one is the lie?!

Discover the lie in the video below!

Luke, J.J., Ty, Brock and Dusty — a.k.a. The Hunter Brothers — are the epitome of Canadiana country. The five brothers from Shaunavon, Saskatchewan, grew up singing gospel with their family across Canada and the U.S., working on the family farm and playing hockey for the likes of the Kelowna Rockets to Edmonton Oilers.

After taking a timeout from their various professions — and on a break from seeding — the brothers found themselves drawn to the singing that united them in their childhood. Having each played instruments, including piano and guitar, since pre-kindergarten, the boys brought their exceptional talents together and for the first time began to turn their hands to country music.

Since their explosive launch, the brothers have been performing live acoustic sets on radio stations and television spots, sharing their versatile harmonies and soulful sound across the country. They’ve also become known for their unparalleled ability to create song parody videos – with their most recent attempt, “The Tractor Got Stuck” gaining more than 1.5 million organic views on Facebook.

Their brand new single and video “Born & Raised” is available everywhere now from their highly-anticipated debut album (“Getaway”) that dropped in March of 2017, the Hunter Brothers are soon to be on everyone’s radars — and playlists.