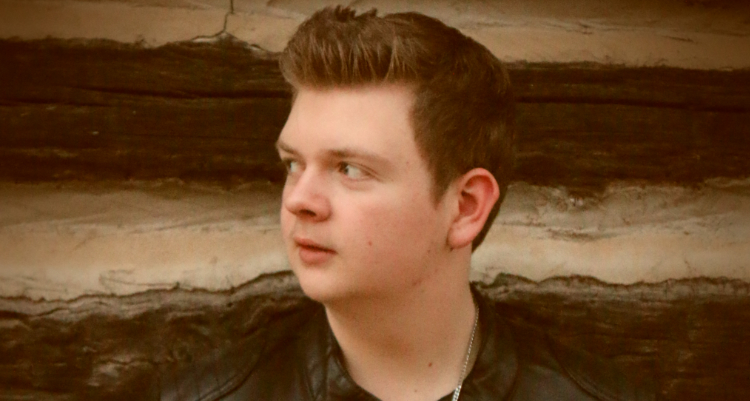 Country music songwriter/artist, Landon Wall, was recently crowned the winner of the Nashville Rising Song Series. Landon won the series 1 of the competition with his original tune, “Birth of a Song”.

The poignant and powerful ballad features emotional lyrics inspired by those who have helped Landon learn the craft of songwriting along the way in his young 14 year life.

Hailing from Trinity, NC. Landon is a member of the CMA and is affiliated with SESAC as a songwriter. He came to Nashville when he was only 9 years old to host a radio show and quickly fell in love with Music City. Every time Landon was in town he would go out on the street with his guitar and sing songs for whoever would pass by. Those street performances soon led to invitations to perform at venues such as Tequila Cowboy, Tootsies and many other venues along lower Broadway. Landon also has performed at The Nashville Palace, John A’s, BB Kings and the legendary Bluebird Cafe.

His song “Lost Boy” was written as a response to Kelsea Ballerini’s hit “Peter Pan”, in which he sings from Peter Pan’s perspective.  Landon gained national attention when Kelsea Ballerini made a surprise visit to see him perform the song at the Bluebird Cafe.

Top Country caught up with the 14 year old, well beyond his years, to chat about Kelsea Ballerini, winning the Nashville Rising Song Series and more.

TC: Your dreams would come true if…
LW: Well…That’s an easy one. I’ve written a couple of songs that talk about my dreams. One is called “Dream With Me”. It’s about how it would feel to wake up one morning and find out that “hate” no longer existed. The other one is called “Grand Ole Opry”. That one talks about my dream of playing on that stage where all my heros have played. Me and my Dad wrote that one after we went to tour the Ryman when I was a little kid.

TC: When Kelsea Ballerini surprised you at the Bluebird Cafe, what was going through your head?
LW: I was shook! For the first time in my life, I was speechless other than managing to utter the words “Yes Ma’am” a few times. That morning I had sent her a message saying “Hey Ms. Kelsea! I’ll be playing my song, “Lost Boy”, at the Bluebird tonight in case you don’t have any plans….” I had no idea that she would actually come!! I still get comments everyday from the youtube video!

TC: How did “Birth of a Song” come to be?
LW: “Birth of a Song” pays tribute to all of the mentors that have helped me along the way. My Mom and Dad, Kelsea Ballerini, Hunter Hayes, Dom Mcmanus, and everyone else that took time out of their busy lives to hang out with a little kid with a big dream…There’s no way to decribe the impact that it made on my life…The “Calloused hands” and “Weathered face” of the “Old Guitar Picker” in the song describe a songwriter by the name of Chris Gantry that I met at a show in Nashville. His songs have been recorded by Kris Kristofferson, Johnny Cash, Glen Campbell…the list goes on and on. He sends me encouraging messages. He sent me a one a few weeks ago that simply said, “Lean in..Close your eyes… Wail… Never quit”…

TC: What is the best piece of advice you’ve ever received?
LW: The best advice that I’ve received is to surround myself with people that believe in my dream, trust God…Because He will always have my back…And to do it for the love of music….

TC: If you could write a song with anyone, who would you want to write with?
LW: If I could write a song with anyone…I would pick my Dad. When I was a little kid around 7yrs old, he would play a game with me in the car called “The Rhyming Game “. He would say a sentence…and I would have to say one back that rhymed and made sense. I loved that game. A couple of years ago…We were driving to Nashville and I said “Dad…That Rhyming Game that we used to play in the car”….You were teaching me to write songs…Weren’t you??” He just smiled and kept driving. We’ve been writing songs together for half my life. I couldn’t imagine not writing with him. If I had to pick an artist to write with, I would pick Garth Brooks. His songs tell stories…I like songs that tell a story.