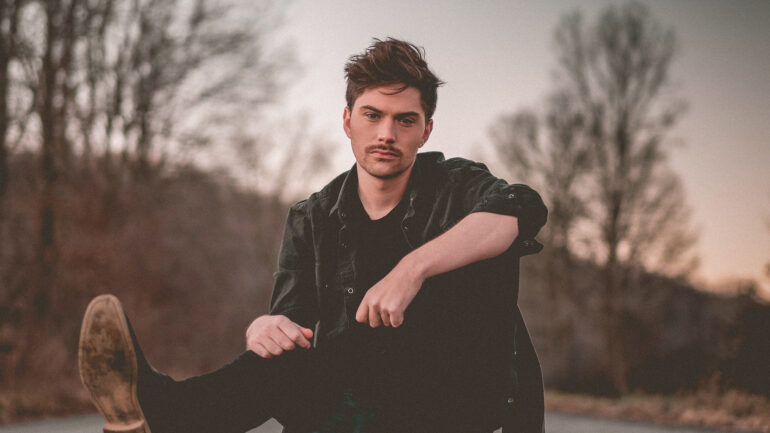 CMAO Rising Star Nominee Dustin Bird is pushing the boundaries of modern country music. He has achieved six top 100 singles on the Canadian Country Airplay chart as an artist, songwriter and producer.  Building off of the success of ‘Together We’re Strong,’ a charity single he produced and co-wrote featuring artists such as Cory Marks, Aaron Pritchett and Jason McCoy, he earned his first Top 40 Australian Airplay single with ‘Every Little Town.’ Along with this, he became a national finalist in the Jim Beam Talent Search, wrote, produced and released ‘Live Off the Floor’ sessions from the famed Catherine North Studios and was called ‘one to watch for in the country music scene…’ (Sun Country 99.7 FM)

Top Country was fortunate to have a chat with Dustin, and find out a little bit more about his new projects and passion for music.

What was your inspiration for writing “Broke and Lonely”?

Honestly, just being broke and lonely. The song was sort of therapeutic for me in that way. It’s saying that it’s alright to be wherever you are in life, regardless of where you might think you should be.

As a rising star, who is your inspiration in the music industry today?

I take inspiration from everyone around me. I’m inspired by the progressive direction that country music is headed in, and I’m inspired by those taking action to help get us to a stronger, more inclusive place. Musically, I’m inspired by sounds more than anything. If I hear something that I like, it doesn’t matter who made it. If it sparks an emotion in me, it will likely find its way into the inspiration behind some of my production.

Tell me what it means to you to sign with ORR?

Signing with Open Road is a major step, not only for my career but for the music itself. With their passion and support, I’m able to create more music that speaks truer to me than ever before, and hopefully reach more people with it than I’ve ever been able to reach.

Do you have a favourite track on your new album Unscripted?

Every song on there means something different to me, and each one resonates with me in their own unique way. What I love about this record is just how diverse it is. I like to think that I’m a relatively diverse creator in performance and production, and with that, I tend to favour my most recent creation until I repeat the process and make something like I’ve never made before. The song that does that for me on this record is, of course, the newest of the batch. It’s called “It Ain’t Me”.

What music are you listening to these days?

I’m always listening to what seems like an endless variety of music. One genre that I never sleep on for a second is Canadian country music. We’ve got our own thing going on up here musically that’s unlike anything from anywhere else, and it’s always exciting to watch and be a part of its growth and diversity.