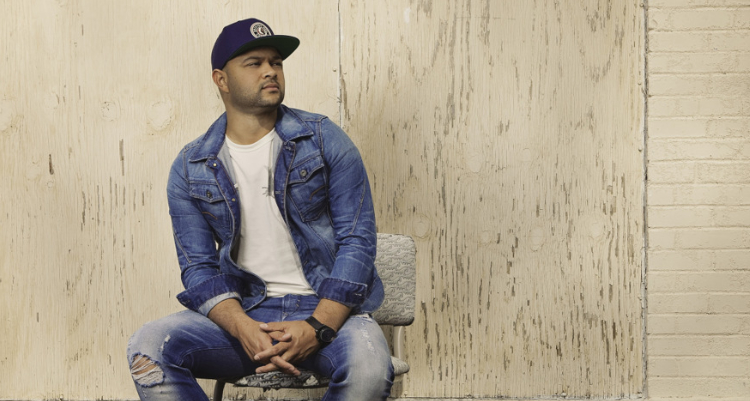 After a Year-Long Hiatus, Tebey is Back

Tebey’s hit “Denim on Denim” is rapidly climbing the country charts and we can’t get enough. The singer recently released his EP “Love a Girl” on April 27. The six-song EP includes “Denim on Denim” and the new fan-favourite, “Who’s Gonna Love You”.

May 15th was National Denim Day. To celebrate, Tebey teamed up with Foundation CURE and some of our favourite country music artists (Madeline Merlo, Tim Hicks, Andrew Hyatt, Lindsay Ell & more) to wear a little denim on denim and raise money for an incredible cause.

The CURE Foundation/Fondation CURE has been raising money for breast cancer research for 22 years via National Denim Day (and beyond!), with over 30 million dollars raised to date! Fan are encouraged to join TEAM #denimondenim to reach their minimum goal of $5,000.00. Donate here.

Top Country had a chance to chat with Tebey before the release of “Love A Girl”. After a year-long hiatus, the Canadian country singer is thrilled to be back releasing new music to his fans.

TC: While writing the songs for your “Love a Girl” EP, did you have a certain theme in mind?
Tebey: Not really. I just wanted to write and record the best songs I could. I was coming off a year long hiatus and had written a bunch of these songs over that period of time.

TC: How has your songwriting process developed over time?
Tebey: I think I’m a lot more patient than I used to be, and these days I’ll rarely finish a song in one writing session. I’m very meticulous with phrasing and how the words sing, so it can take a while to get it as close to perfect as possible. I’ve also learned to trust my co-writers more. Sometimes my instinct is wrong, and it took me many years to admit that.

TC: What song from the “Love a Girl” EP are you most excited to share with fans?
Tebey: I had to wait a long time before my record company was ready to release ‘Denim On Denim’. We finished recording that song in October, but didn’t release it until February. The four months worth of excitement and anxiety leading up to the single release was pretty intense. Other than that, I’m excited to get Who’s Gonna Love You into people’s hands. It doesn’t sound like anything on country radio, so I’m curious what people will think.

TC: What inspired your current single “Denim on Denim”?
Tebey: There’s a keyboard synth at the start of the song that kinda reminds me of a Katy Perry record or something. When my co-writer Nathan started messing around with that sound I jumped on it immediately. Our other co-writer Kelly Archer had the title ‘Denim on Denim’ and to be completely honest, I didn’t want to write it at first. I just couldn’t figure out what the songs concept would be. We ended up talking it out and the rest is history.

TC: To release new music in the Canadian country landscape after over a year hiatus can be extremely difficult for any artist. However, you’ve proven that a good song always wins. Tell us about the relief you must feel now that “Denim on Denim” is climbing up the country charts.
Tebey: It feels great. I was very, very nervous about releasing this song. I had no idea what country radio and country music fans would think, especially after being gone for over a year. I’ve always been one to take chances with my music. Experiment and push the envelope. Especially with a song’s production. So it’s awesome hearing how much people are digging this single and embracing it.