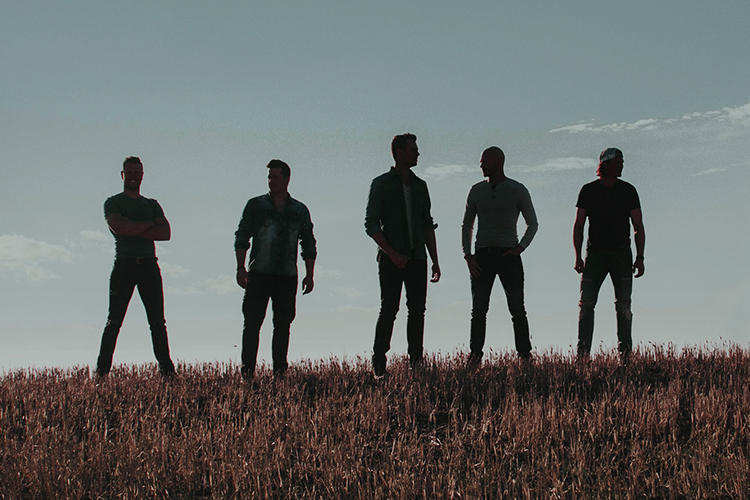 Award-winning group, Hunter Brothers released their anticipated next single, Silver Lining to radio today. The uptempo track celebrates loved ones who keep us grounded through challenging circumstances, with the ability to shine through the darkness.

The moving new video for Silver Lining was shot by the renowned Edde Brothers, known for their work with country music’s top talent, shooting videos for artists such as Jon Pardi and Brett Eldridge. The video for this upbeat country love song takes viewers on an intimate look behind the scenes of daily life for each one of the brothers and their growing families.

Silver Lining, is included within the group’s second album, STATE OF MIND, which for four consecutive weeks, remained the Top Canadian Country album at the time of release in early 2019. The album has accumulated 10 million global streams to date. Their first single off of the record, Lost, became their first #1 single at Canadian Country Radio.

Hunter Brothers are taking part in the 2019 Tim Hortons NHL Heritage Classic™ between the Calgary Flames and Winnipeg Jets at Mosaic Stadium on Saturday, Oct. 26, in Regina. They will open the formal game day festivities during the Opening Ceremony with a performance, as well as their rendition of the Canadian anthem. Their connection to hockey runs deep. Earlier in 2019, their single Born and Raised was selected as Team Canada’s World Junior’s Anthem, an honour that hits close to home, considering two of the brothers played in the Western Hockey League as well as professionally, for the Edmonton Oilers.