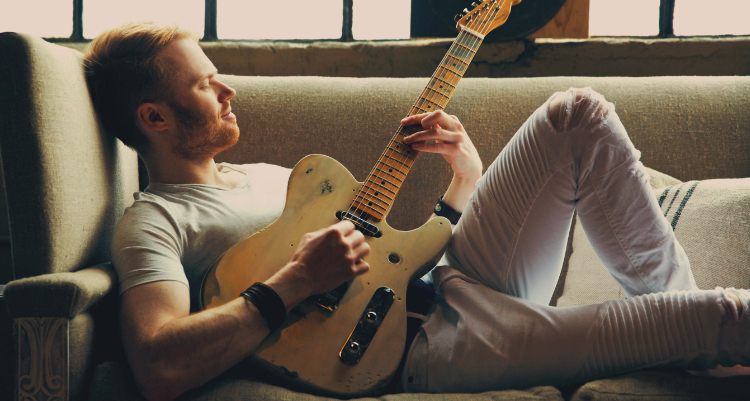 A creative force in ways ranging from the director’s chair to writing hits, Wes Mack is not your average country singer. An Alberta native, Wes Mack first saw success in country music in 2013 after releasing his debut single “Duet” which featured Carly McKillip of the Canadian country duo One More Girl. Mack wrote “Duet” and directed the highly successful music video which earned him two CCMA nominations for Video and Video Director of the Year.

After his successful debut which was orchestrated completely independent of labels, managers, and agents, Wes Mack signed jointly with Big Machine and Universal Music. In 2015 he would release “Before You Drive Me Crazy”, his debut single under a major label that would go on to peak at #6 on the Canadian Country Billboard chart. This was followed by his first full length studio album release called “Edge Of The Storm” and a place on Shania Twain’s “Rock This Country” tour as an opening act. “Edge Of The Storm” was nominated for the CCMA for Album of the Year in 2016.

Wes Mack has also established himself as a formidable actor, appearing in television shows such as Heartland, Smallville, Supernatural, The 100, Continuum, The Vampire Diaries, and Motive. He has also taken on roles in films like Power Rangers, Magic Beyond Words: The JK Rowling Story, A Dog Named Christmas, and The Phantoms. The man does it all!

2018 is proving to be a big year for Mack as he has already released a brand new single accompanied by a great video (directed by himself) with more music on the way. The song is called “House On Fire” and takes inspiration from some very real events that many country fans can relate to. Read below to find out more about Wes Mack and his latest single, “House on Fire”!

TC: What inspired you to record “House on Fire”?

WM: I’d been back in Calgary, where I grew up, and I drove past the house where one of my best friends lives. He always had the wildest house parties and I thought back to one I went to when I was 17. Every room you walked into had something insane going on. People snowboarding down the stairs, food fights, staple gun fights (not safe kids), and eventually the party poured out of the house on to a baseball diamond across the street. By about 4am a bunch of us had climbed up on the roof (even less safe) to watch the northern lights that had come out. Then, we all came back inside as the sun was rising and threw on a Bob Marley album and listened to One Love.

So I took that night and turned it into the song House On Fire. We actually went back to that same baseball diamond and did the photoshoot for the single cover there. That kind of thing means a lot to me. My songs, the videos, the photos…I want all of it to be true to me and my life so that when I stand on stage and let it rip, my fans get something real and something fun.

TC: How have you grown as an artist since “Edge of the Storm”?

WM: Writing and recording Edge of the Storm took a few years in all. Putting it out changed my life as it generated a handful of top 20 singles and 9 CCMA nominations, not to mention a bunch of touring spots including the Shania Twain run we did (all things that I had never expected). By the end of all of that I feel like I had a much better grasp of what I wanted to make as an artist. I’d met thousands of fans and had a better idea of what my songs were meaning to people. So I took those experiences and thought a lot about what I wanted to say next. I wrote just over 60 songs to dial that in and recorded music that was made for the moments I’d been living and that was made to be played live and loud. I think more than anything I learned that in all of life’s ups and downs you gotta try to have fun and surround yourself with people you love. Life is too short to not do that. So that’s where I am at in music and in life.

TC: What do you hope fans will feel when they listen to “House on Fire”?

WM: I hope it makes them feel the way I feel when I throw on Alan Jackson’s Chattahoochee on the drive up to my cabin. If anyone feels even a little like that then we are lookin’ good.

Listen to “House on Fire” on the Top Country Discovery Songs Playlist!