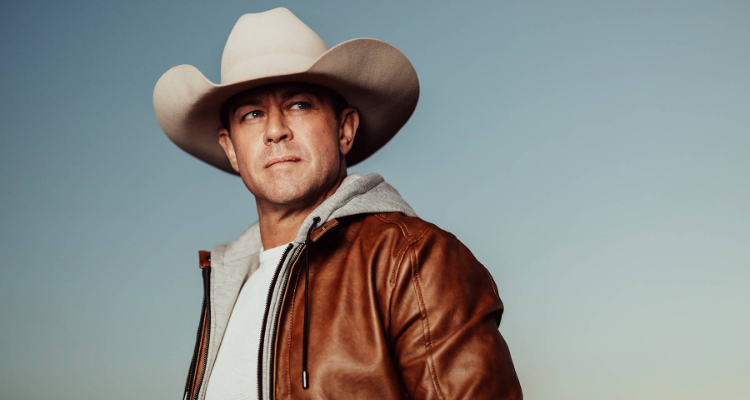 Aaron Pritchett is a main stage staple in Canadian country music. He is one of the top names in the genre and calling his career influential would be an understatement. He has adapted and evolved throughout his career but has always stayed true to the down-home sincerity that has brought him so much success over 23 years.

Pritchett has had many hits including the Top 10 Gold-certified Hold My Beer, the 2008 hit Let’s Get Rowdy and Dirt Road in ‘Em, the lead track from his #1 album The Score. His latest EP, Out on the Town features a Top-10 hit in Worth a Shot and his latest single, Better When I Do.

His career has been legendary and he’s achieved so much but there is still one thing left to accomplish for Aaron Pritchett.

“It would be nice to have a number one single before I stop releasing music to radio,” says Pritchett.

“I haven’t had a number one single yet. I’ve come close but still have not had that number one. I’m doing cross Canada tours, I’ve played crowds of over 30,000, I’ve toured with major artists and I’ve had a lot of radio singles that have done well over the years. I think that one last elusive thing for me is to get that number one.”

Just because that number one has eluded him, it doesn’t mean he isn’t one of the best on the scene. Aaron Pritchett is one of the best entertainers in the business and he makes it his goal to leave you wanting more when you go to one of his shows.

“When you come to a show it’s high energy and in your face. It starts with a bang and ends with a bigger bang, hopefully leaving people wanting more,” says Pritchett.

One of my favourite pics of all time! Thanks to my buddy, Mike, for taking this and posting it!! @mflmusicca @sunfestconcerts

If you’ve been to an Aaron Pritchett show, you know how electric it is. The Out On The Town Tour is nearing its end but it brought the high energy Aaron promises you’ll feel at his shows.

Garth Brooks was his main influence in achieving that mentality.

“When Garth came out and started to do a rock and roll type show, he was the first one to step outside the box of the typical country show. He wanted to entertain. I’ve always said since becoming a singer  – I’m not the greatest singer in the world, not the greatest musician or songwriter, so I take a lot of pride in my entertaining” says Pritchett.

“I take a lot of what Garth did in his mantra of entertaining the people in the audience as opposed to having to sing absolutely amazing. That is a great aspect to have but at the same time you want to leave them wanting more and ready to rock every night that they come out.”

MASSIVE TOUR ANNOUNCEMENT!! * * * I’m bringing my “Out On The Town” tour to your city or town in January and February 2019!! Coming along with me are the amazing @kiraisa1 and @davidjamesmusic! We are going to put on one hell of a kickass show for y’all that’s going to leave you wanting MORE! It’s going to be the MOST FUN YOU CAN HAVE WITH YOUR BOOTS ON!! Also, go to www.aaron-pritchett.com and scroll down to hear my newest single to hit the airwaves today called “Better When I Do”! Hope you love it and can’t wait to see you all in the new year!!!

“I’ve had artists come up to me and say flat out that you’re the reason I got into country music,” says Pritchett. “I’ve influenced artists with my music to make music.”

When it’s all said and done for Aaron Pritchett and he is done recording and releasing music, he wants to be a mentor for country music’s next generation.

“I want to be somebody that can give these new artists some heads up on what sort of pitfalls there are in the industry and to try to avoid some of the stuff that I did and other artists did,” says Pritchett.

“I’m looking forward to that aspect of it.”