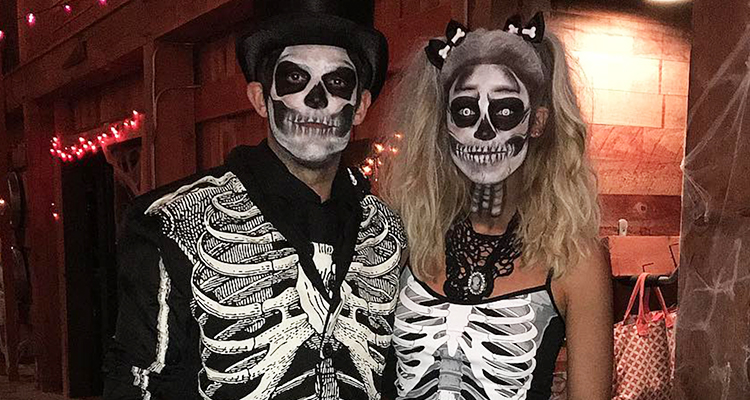 Searching for that perfect halloween costume but don’t know where to start? Get inspired by Tim Hicks, Thomas Rhett, Meghan Patrick & more!

As a kid, Tim Hicks went trick-or-treating as none other than Indiana Jones, complete with a beard, jacket, whip, and the signature fedora.

To promote his Christmas album in 2016, Brett Eldredge surprised his fans at a Halloween performance dressed as a classy looking Santa Claus. Who says Halloween is too early for a little holiday cheer?

I got to be Santa for Halloween. What do ya think? Get “Glow” @Target #MoreMusic pic.twitter.com/SeJe47VA4n

Brett Kissel’s dog Charlie decided to get in on the Halloween fun and show his love for his owner by dressing up as him. The two are practically twins!

Last night @MyOhMyCharlie insisted on dressing up as me for Halloween! Thanks Charlie! pic.twitter.com/s7UaCYe5Gk

A great costume for any little princess, Meghan Patrick pulled off a homemade version back before she was a country star.

Jon Pardi and his friends decided to dress up as some of the most beloved animated characters ever – the toys from Toy Story! Woody definitely fits in with the country music scene, being a cowboy and all.

Nailed it! Even got an minion in ! #toystory #freakfest

Madeline Merlo and her bff went all out with fake blood and an axe as the Grady Twins from the classic horror movie “The Shining”.

all work & no play #theshining

Nearly unrecognizable, Jason Aldean put on his best “smile” and dressed up as the Joker from the Batman series. Complete with green hair, white makeup and a purple suit, Jason Aldean really pulled off this look.

Thomas Rhett and Lauren Akins always do halloween to the fullest and this time they decided to go as a scary skeleton couple complete with full on makeup.

For a different take, dress up as your favourite country music star and show them your love like this 7 year old did with Dallas Smith!