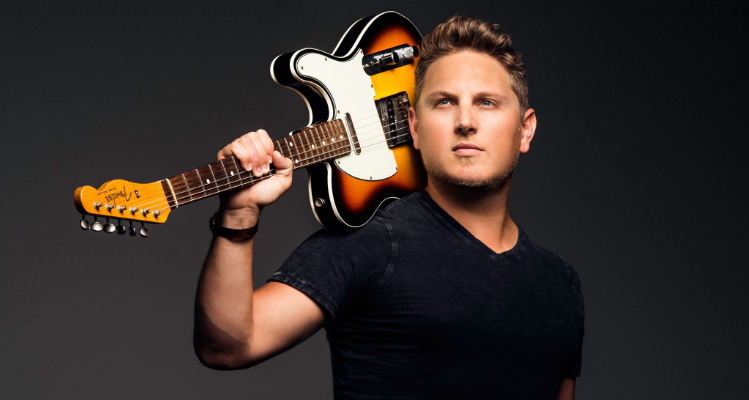 From Pembroke, Ontario to Nashville, Tennessee, Jason Blaine has had quite the journey. The singer has won countless awards, including winning Single of the Year for They Don’t Make ‘Em Like That Anymore at the 2012 CCMA Awards. He has shared the stage with some of the biggest names in country music including Dierks Bentley, Rascal Flatts and Tim McGraw.

His latest release, Boy With a Guitar is a six song EP which Blaine says is about his journey as a musician from a small town in Ontario.

“It’s really my story, my journey from Pembroke, Ontario to my home now in Nashville and all my musical friends. Just the fact that my dad put a guitar in my hands at eight years old. It gave me this dream, this life.”

Along with releasing music under his own name, Jason Blaine is a prominent songwriter in Nashville for many other acts. He most recently co-wrote Madeline Merlo’s hit single Neon Love.

Amazing! #neonlove is the #1 selling Canadian Country Single this week! AND it’s tipping on Top 10 at country radio! So proud to write this one with my pals @madelinemerlo & @jeffpardo C’mon TOP 10!!! @wordcountry @curbwordmusicpub @openroadrecs

Jason Blaine also plays a mean guitar and his inspiration comes from a wide variety of musical tastes. Scroll down to check out some of the songs that have inspired Jason Blaine with his top five favourite guitar solos of all time!

Check out our Top Country Songs playlist on Spotify and listen to the top hits in country music!