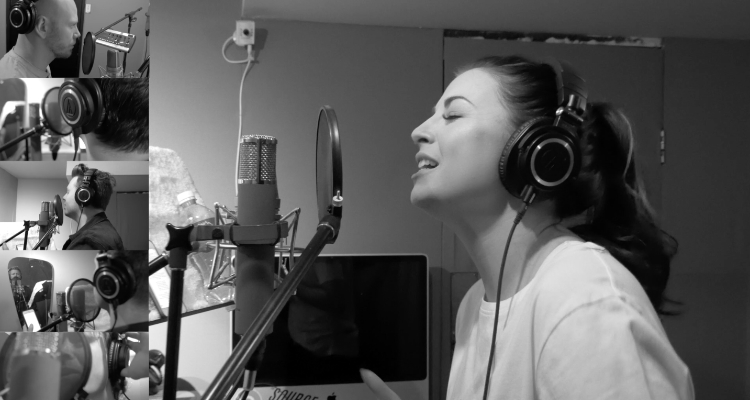 We’re losing our minds over this cover by Jess Moskaluke & Hunter Brothers…more than a little. The Saskatchewan artists had so much fun performing Jess Moskaluke’s current single “Past the Past” together on Telemiracle, they decided to record a cover of “The Middle” by Zedd featuring Maren Morris.

“We were such fans of this song the minute it came out, it was a no brainer to put our own acoustic spin on it.” – Jess Moskaluke

Ty Hunter shares what it’s like performing with Jess Moskaluke, “We had the pleasure of singing alongside the amazing Jess Moskaluke at Telemiracle, Saskatchewan’s Charity this month. We had an absolute blast together raising a record breaking total along with the hard work of the Kinsmen/Kinettes and incredible generosity of the people of our home province of Saskatchewan.

After the high of Telemiracle, we decided to keep the energy rolling in studio with an acoustic version of “The Middle” by Zedd and Maren Morris, a song we both fell in love with as soon as it came out. Doing this showed us two things… first, how amazing Jess Moskaluke truly is both as a vocalist but also as a person…and second we realized how badly we missed out by not having a sister!!”

Watch the video below and let us know what you think!