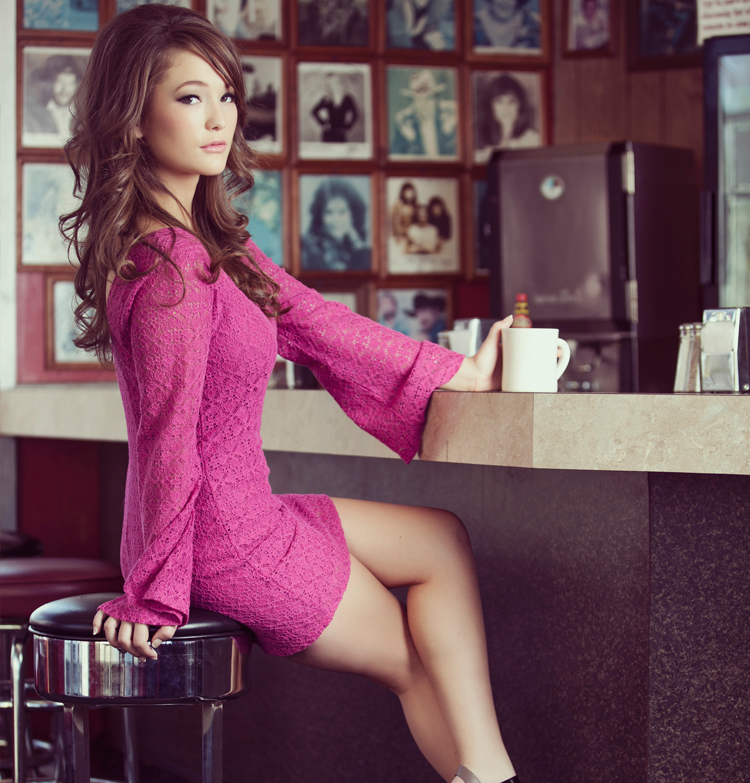 TC talks to Kira Isabella about her new album

The lovely and talented Kira Isabella will be releasing her second album Caffeine & Big Dreams on October 14th. Top Country recently caught up with Kira to talk about her new album and her upcoming tour with Autumn Hill.

TC: What can fans expect from your new album Caffeine & Big Dreams?

Kira: I think they can definitely still expect to be able to relate to the music a lot. I keep saying I want to grow with the people that are listening to my music. I think we all pretty much go through the same things and we can connect a lot on that level. They can expect it to be very relatable and at the same time, I’ve been working a lot on my vocals this year so I hope they see my growth not only as a vocalist but as an artist, as a writer and as a person.

TC: What inspired you to record Quarterback?

Kira: It’s such a beautiful song, first of all. Rivers Rutherford, Bobby Hamrick and Marti Dodson did such a fantastic job writing the song – so that of course. It hit me so hard and it really resonated with me because unfortunately, I knew that so many people that connect with my music would be able to connect with the subject matter because it’s such a problem that really is getting out of hand. I knew that fans would be able to really relate to it, so that was the tipping point and the deciding factor in recording it.

TC: What is your favourite song from the new album?

Kira: That’s such a hard question! I would have to definitely pick my favourite slow ones, Coke Can and Make A Sinner Out Of Me and then I really love Shake It If You Got It.

TC: What was the song writing/recording process like for this album and how did it differ from your last album?

Kira: I’m so thankful for the way that I have been received in Canada. Canada has been so good to me, Canadian radio, everybody, it’s really opened some doors for me especially in Nashville. I’ve had the opportunity to write with a lot of new people for this record, a lot of very talented people down in Nashville and that was very exciting. I would say that was the difference. When I started writing my first album, I was 15 turning 16 and when I started writing this one I was 20, I had one album under my belt and I’ve learned a little bit so I felt more comfortable with the whole process and I understood the process more, so I feel closer to this record. I feel really grateful to have the opportunity to be as close to it as I am.

TC: I know you will be starting the Shake It tour with Autumn Hill later this month – how excited are you to start this fall tour? How did the tour come about?

Kira: I am so excited – I’m starting to plan outfits actually! We have the opportunity to go on tour and we were so excited about that. Autumn Hill have been friends of ours for a little while now and they are so talented. I’m genuinely such a fan of their music, I listen to them all the time and so it made sense to go out together. We are all really looking forward to it – it will be great! I’m honestly probably going to watch their show every night, it’s going to be one of those kind of tours – I’m so excited!

TC: You recently opened for Keith Urban and Darius Rucker at the Tim Hortons field in Hamilton. What was that experience like?

Kira: It was insane! What an honour to share a stage with Keith Urban and Darius Rucker – that was incredible. I’m such a fan of both of them. As well, to be the first performer ever at Ticats stadium – what an honour. I kind of couldn’t believe it, it was a little bit intimidating and nerve-wracking to be the first ones and to share the stage with two amazing performers like Darius and Keith but so much fun! It’s such a beautiful new stadium, I had a fantastic time!

TC: What would you say has been the most rewarding part of being a singer/songwriter?

Kira: It would definitely have to be when somebody comes up to me and expresses how my music has helped them in any way. When I was growing up and wanting to write music and be a musician, I wanted people to of course listen to my music and sing-along with it in the crowd. I didn’t realize that I would have the opportunity to touch people’s lives the way that I have been able to. I’ve had fans come up to me and tell me ‘thank you so much, there’s been a time in my life when all I had was your music’. I’ll never ever forget things like that and I am always so grateful that I have the opportunity to be a part of people’s lives like that.

Make sure to catch Kira and Autumn Hill on the SHAKE IT Tour in a town near you: