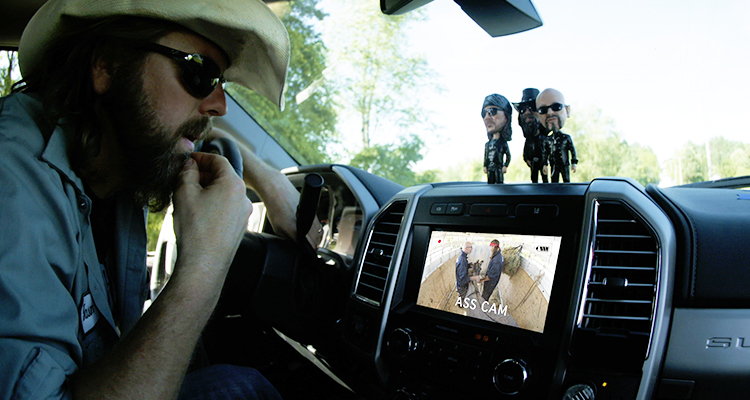 The Road Hammers‘ video for ‘Haulin’ Ass’ is the music video you never knew you needed to see. From donkeys to runaway convicts, the video is a perfect match for the quirky song. Plus, watching Jason McCoy playing with toy donkeys (and singing to them) may be the best thing you’ll see all week.

‘Haulin’ Ass’ is the eighth song off The Road Hammers’ latest album ‘The Squeeze’. While the band’s current single ‘Your Love Is The Drug’ climbs the country radio charts, the 2017 CCMA Group of the Year wanted to surprise fans with the fun music video for ‘Haulin’ Ass’.

The highest selling Canadian country band in history, The Road Hammers released ‘The Squeeze’ in spring 2017. The album a compilation of tracks that epitomizes what the band has become known for – a truly synergistic blend of classic rock meets country. Co-produced by Gavin Brown (Metric, Tragically Hip and Barenaked Ladies), Scott Baggett (Alison Krauss, Buddy Guy, Bonnie Raitt), Jason McCoy, and David Kalmusky, ‘The Squeeze’ brings forward a new personal side of The Road Hammers.